Captain Pilot of Rimbun Air that fell down in Intan Jaya West Papua on 15 September 2021, Haji Mizra is a TNI Member named Agithia Mirza. This is proven with his Identity Card found by locals in the area. 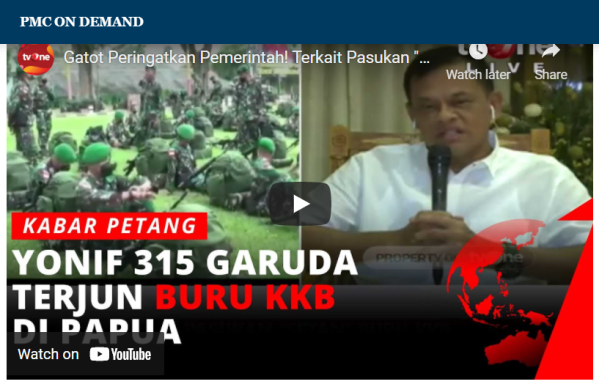 A former Indonesian military commander has condemned the formal labelling of the West Papuan resistance TPN/OPN as “terrorists”, saying that the Papuan problem was complex and could not be solved by armed force alone.

Among other critics of the tagging are the Papua provincial Governor, Lukas Enembe and a Papuan legal researcher.

General Gatot Nurmantyo, former commander of the Indonesian National Armed Forces (TNI), said during a live interview on TV-One Indonesia that it was wrong to label the TPN/OPM (National Liberation Army/Free Papua Movement) as a terrorist group.

He said that Jakarta had tried to use a military solution since the former Dutch colony of Irian Jaya was “integrated” into Indonesia in 1969 without bringing about any change.

“Papua cannot be solved by military operations,” he said.

General Nurmantyo said military operations would not solve the root cause of the conflict in Papua.

He regretted the decision made by President Joko “Jokowi” Widodo’s administration on May 5.

“I am saddened to hear that troops are leaving for Papua to fight. It’s a picture that I think makes me sad,” said the general.

He said he felt sad for two reasons:

First, Papua was one of the Indonesian provinces and the youngest province of the Unitary State of the Republic.
Second, based on Government Regulation in Lieu of Acts (PERPU) 59 of 1959, Papua was still under civilian rule. So, the military actions should be mainly territorial, which supported by intelligence and prepared combat operations.
The retired general said that Papuans “are our own people”, so the burden could not be imposed only on the military and police. Executive government and other government agencies should comprehend the real background of the movements and be involved to resolve the prolonged problem in Papua.

“Territorial operations are operations to win the hearts and minds of the people, because what we face is our own people. Do not expect to solve a condition in Papua only with military operations,” said General Nurmantyo.

“I remind you, it will not work, no matter how great it will be. Because the problem is not just that small,” he said.

General Nurmantyo, who has been a former military district commander in Jayapura and Merauke said that Indonesia already had experience in Aceh where the conflict had not been resolved by military operations.

As the PERPU 59 of 1959 was still valid, the governor was the single highest authority. The military was not allowed to carry out operations without coordinating with the local government.

General Nurmantyo said communication with the local government was carried out and measured operations launched.

“Lest the people become victims! How come, in a situation like this we are waging an open war? Seriously!

“Meanwhile, the situation is still very civil. The leader is the governor or local government.

“This is a state regulation. This is different from when Papua would be designated as a military operation,” said General Nurmantyo.

According to a media release received by Asia Pacific Report. Papua Governor Lukas Enembe and the provincial government also objected to the terrorist label given to the KKB (“armed criminal group”), as the Indonesian state refers to the TPNPB (West Papua National Liberation Army).

Key points
Two of the seven points made in the media release said:

“Terrorism is a concept that has always been debated in legal and political spheres, thus the designation of the KKB as a terrorist group needs to be reviewed carefully and ensure the objectivity of the state in granting this status, and
“The Papua provincial government pleaded with the central government and the Indonesian Parliament to conduct a re-assessment of the observation of the labeling of KKB as terrorist. We are of the opinion that the assessment must be comprehensive by taking into account the social, economic and legal impacts on Papuans in general.”
A West Papuan legal researcher, who declined to be named, said that the Indonesian government misused the term “terrorism” to undermine the basic human rights of indigenous West Papuans.

So far, the term terrorism had no precise definition and so has no legal definition, said the researcher.

Many of the United Nations member states did not support UN resolution 3034 (XXVII) because it contained a certain degree of disconnection to other international instruments, particularly human rights laws.

Disagreements among the states remained regarding the use of terrorism, especially the exclusion of different categories of terrorism.

In particular the exception of the liberation movement groups. Particularly contentious which was the affirmation in 1972 of “the inalienable right to self-determination and independence of all peoples under colonial and racist regimes and other forms of alien domination”.

“The legitimacy of their struggle, in particular, the struggle of national liberation movements by the principles and purposes is represented in the UN charter. Therefore, designating West Papua Liberation Army as a terrorist group by the Indonesian government considered outside the category of the terrorist act,” said the researcher.

“Any definition of terrorism must also, accommodate reasonable claims to political implications, particularly against repressive regimes such as Indonesia towards West Papuans.

“The act of self-determination by Papuans cannot be considered terrorism at all.”

The international community should condemn any regime that is repressive and terrorist acts by colonial, racist and alien regimes in denying peoples their legitimate right to self-determination, independence, and other human rights.

A coherent legal definition of terrorism might help “confine the unilateral misuse” of the term by the national government such as Indonesia against TPNPB/OPM, said the researcher.

The other side of the story was war crimes, crimes against humanity, genocide, oppression, torture and intimidation by the state.

These elements were present in West Papua and they qualified as the act of terrorists and were therefore universally recognised as crimes against humanity and criminals, the researcher said.

The researcher added: “The West Papua army or TPN/OPM are not terrorist groups. They are the victims of terrorism”

This report and the translations have been compiled by an Asia Pacific Report correspondent. 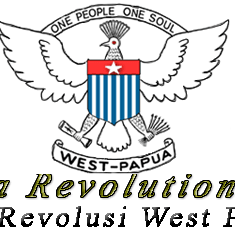